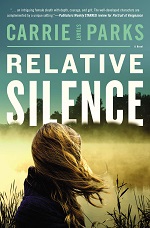 A powerful family with lots of secrets. A forensic artist with his own tragedies. And a hurricane drawing bearing down on their private island.

Fifteen years ago Piper Boone’s only child died in a boating accident, and Piper’s almost perfect life came to an end too. After living through a divorce and losing her job, she retreats to Curlew Island and her childhood home—a secluded mansion for the politically powerful Boone family, who are practically American royalty.

But Piper’s desire to become a recluse is shattered when a mass shooter opens fire and kills three women at a café where Piper is having lunch. The crisis puts her family in the spotlight by dredging up rumors of the so-called Curlew Island Curse, which whispers say has taken the lives of several members of the Boone family, including Piper’s father and sister.

Forensic artist Tucker Landry also survives the shooting and is tasked with the job of sketching a portrait of the shooter with Piper. They forge a bond over their shared love of movies and tragic pasts. But when police discover a connection between the shooting and two more murders on Curlew Island, they face a more terrible lineup of suspects than they could have imagined: Piper’s family.

Unraveling the family’s true history will be the key to Piper’s survival—or her certain death.

I enjoyed much of this suspenseful novel even though I felt it had some structural issues. I liked the setting. I liked the small bit there was about age progression artistic work. There was lots of intense suspense near the end although a looming storm is an all too common way to create that suspense. I appreciated the characters involved but I did have trouble finding them engaging. The frequent movie quotes were interesting.

One of the aspects of the novel I did not like was the change in point of view. Much of the novel is from Piper's viewpoint while other sections were from the universal viewpoint, generally when Tucker was involved. It was disconcerting when the point of view would change within a chapter and sometimes from paragraph to paragraph. (An example is at Loc 1046/3180) And then there were the odd scenes from the universal point of view with Piper acting in the scene, referring to her as “she.” Going from Piper as “she” in one paragraph and “I” in the next was disconcerting.

I thought the plot was way too complex. A sure sign of an overly complex plot is a denouement that is long. Here we have a long passage near the end where Piper reveals all the complex aspects of what has happened. She reveals relationships in the family, some we could have figured out, but many out of the blue. People are not who they seem and family secrets have been hidden for decades. I am just not sure the plot was plausible.

I have thoroughly enjoyed Parks' Gwen Marcey series but was a bit disappointed in this novel. I will be looking for the next novel from Parks as I trust it will be up to her usual high standards. 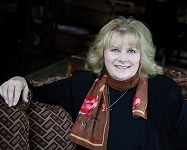 Carrie Stuart Parks is Christy, Carol, and Inspy award-winning author, an award-winning fine artist, and internationally known forensic artist. Along with her husband, Rick, she travels across the US and Canada teaching courses in forensic art to law enforcement as well as civilian participants. She has won numerous awards for career excellence. Carrie is a popular platform speaker, presenting a variety of topics from crime to creativity.

Visit these other great hosts on this tour for more great reviews, interviews, guest posts, and giveaways!
Click here to view the Relative Silence by Carrie Stuart Parks Participants.

I received a complimentary egalley of this book through Partners in Crime Virtual Book Tours. My comments are an independent and honest review. The rest of the copy of this post was provided by Partners in Crime Virtual Book Tours.
(My star ratings: 5-I love it, 4-I like it, 3-It's OK, 2-I don't like it, 1-I hate it.)
Posted by Joan Nienhuis at 6:37 AM

This is a "new to me author" so am putting her on my list.

Thank you, Joan, for reading and reviewing my book. For some reason the hiatus marks within a chapter where I shift from 1st to 3rd person (a technique I first read in Jonthan Kellerman's books) doesn't show up in the ARC versions (especially the ebooks.) I has to make that so hard to read! Have a great day.