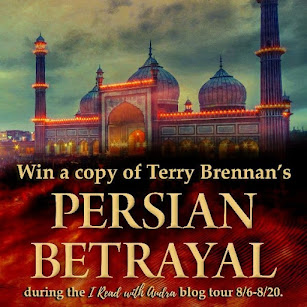 How much can Brian Mullaney risk to serve God and save lives – without losing his own? 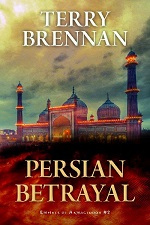 DSS Regional Security Officer Brian Mullaney has been tasked with an incredibly dangerous mission. When a synagogue in Jerusalem is destroyed by an explosion, burying the second key prophecy Mullaney is hunting – and the deadly box that protects it – the answer he desperately needs are also crushed. How can he discover the meaning of the centuries old prophecy now? Why are he and the ambassador he's assigned to protect being targeted? And is there any way this lone man can thwart a nuclear arms race between three ascendant empires of the past?

An otherworldly servant of evil known only as the Turk is maneuvering all three nations into an intricate dance designed to undermine prophecy about the end times. And he won't let Mullaney or anyone else get in his way.

Wounded in a bloody shoot-out, pressured by his wife to come home, and mourning the death of his best friend, Mullaney doesn't need a powerful enemy. Who is he to save the Ishmael Covenant, the treaty promising peace in the Middle East? Despite angelic intervention, Mullaney wants nothing to do with his final assignment. But without him, evil will win the ultimate struggle . . . and humankind will have no hope left.

Brennan does a good job of setting up the situation in the Middle East. The Muslims are waiting for the last and greatest caliph, the Mahdi, who will lead warriors to conquer the world, ushering in peace and prosperity. There are those who wish to rebuild the Ottoman Empire, rising from Turkey, including acquiring nuclear supremacy. There has been a proposed agreement to form a Palestinian state. Some Jews and Christians are greatly opposed to it. Tensions are high and the situation is volatile in Israel.

There is a great deal of action in the book as well as much background information on a possible developing situation in the Middle East. Much is made of Exodus 17:14-16, that the name of the Amalekites will be completely blotted out and that the Lord will be at war against them. That passage is used to oppose any agreement by Israel with Arabs. One character argues, “The 'sons of Amalek' are the Arab nations...” (203) My issue is that Amalek, son of Eliphas, son of Esau, son of Isaac, son of Abraham, was Semitic. The Amalekites were direct cousins to to the Jews leaving Egypt, hence the Lord's strong reaction. (Amalekites remaining were killed by Saul, except Agag, killed by Samuel. I Sam. 15:3. Haman was an Amalekite, killed during the time of Esther.) Also, defining “Arab” is difficult, much more complex than just saying they are the descendants of Ishmael. While Brennan includes historical notes at the end of the novel, nothing was included about what I consider an inaccurate representation of ethnicity.

This novel is for readers interested in the prophecies yet to be fulfilled in the last days and the promises God made to the Israelites. Believing that a temple must yet be built and that God is still working supernaturally through the Jews is essential to enjoying the plot. You'll get a taste of the spiritual battle around the Lord's return and the influence of wealthy people in forming American international policy. It's not the end of the story and we await the sequel to resolve the tensions presented in this novel.

You can read my review of Ishmael Covenant here.

Terry Brennan is the award-winning author of The Sacred Cipher, The Brotherhood Conspiracy, and The Aleppo Code, the three books in The Jerusalem Prophecies series. His latest series is Empires of Armageddon, which includes Ishmael Covenant and Persian Betrayal.

Starting out as a sportswriter in Philadelphia, Brennan became an editor a publisher for newspapers in Pennsylvania, Illinois, and New York and later moved to the corporate staff of Ingersoll Publications (400 newspapers in the U.S., Ireland and England) as Executive Editor of all U.S. newspaper titles.

Terry and his wife now live in Danbury, CT.

Posted by Joan Nienhuis at 6:31 AM

first i like the that a guy can have great book