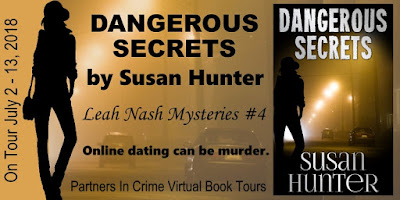 A week that starts out with a woman’s dead body in the living room is not going to end well. Writer Leah Nash learns this truth when her friend Miguel arrives home on a Sunday night, only to discover that his weekend renter has failed to checkout—at least in the usual sense of the word. By Wednesday, Miguel’s uncle is arrested for murder.
The victim is the owner of SweetMeets, a website for sugar daddies in search of college-age sugar babies. Police investigators uncover an eye-witness who saw Miguel’s uncle at the scene. They find his fingerprints on the murder weapon, and they dig up a connection to the victim that he was anxious to keep buried.
But Miguel’s uncle isn’t the only resident of small-town Himmel, Wisconsin with something to hide. As Leah and Miguel hunt for the real killer, they’re faced with half-truths and outright lies from local citizens desperate to keep their own secrets under wraps. In her most complex investigation to date, Leah must use all the smarts—and smart-assery—she has to find the killer’s true identity. When she does, everything comes together in a tense climax that tests her courage and reveals that she’s been keeping a few things secret from herself.


I am thoroughly enjoying this series. Leah Nash is a kick and is a great lead character. She will not give up, even when others try to convince her she is wrong. She's hot headed and impulsive and gets into trouble way too often. She may fumble her way through but finds out the truth in the end. The supporting characters are colorful and help add spice to the novel. I like how they support Leah even when she's wrong in her pursuit.


I like to learn a little something when I read a novel. Sheriff deputy Ross helped me understand some about fraud, like the fraud triangle and forensic accountants. Hunter always includes some good wisdom for life too. Father Lindstrom encourages Leah to think about newly discovered information before blurting it out for all to hear. He counsels Leah to ask the questions: Is it true? Is it mine to tell? Can I tell it in love? Wise words for us all.

I highly recommend this novel to readers who like a feisty heroine and a good, if somewhat complicated mystery. You'll find great characters, emotional drama, plenty of red herrings, and some clues to catch too. Leah is scheduled for another mysterious adventure in the Fall of 2018 and I'll be looking for it.

You can read my reviews of the earlier books in the series: Dangerous Habits, Dangerous Mistakes, Dangerous Places.

Visit these other great hosts on this tour for more great reviews, interviews, guest posts, and giveaways!
Click here to view the Dangerous Secrets by Susan Hunter Participants.