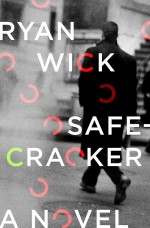 Wick takes readers into the dark world of drug cartels through the exploits of a professional thief. This is an engaging novel as we follow Michael Maven. His life is in danger after he witnesses a murder by a cartel assassin.

I am impressed with this debut effort. Wick has done a good job creating Maven, a flawed hero, a professional thief with his own set of morals. The plot is a bit long and drawn out but kept my interest. I found it depressing to read about the drug lords and their disregard for human life. There is plenty of action in the novel along with many gruesome killings. This is not a book for the weak of stomach.

Wick adds a little post script that indicates a sequel is in the making. I liked this debut well enough I will be looking it.

This book will be released in late 2021.

Ryan Wick is an author, award-winning director, screenwriter and Filipino martial arts instructor. He has worked on over a thousand productions and directed countless award-winning commercials, documentaries, music videos and films. He has also taught cinematography classes at the New York Film Academy and Princeton University. Safecracker is his debut novel. You can find out more at https://ryanwickbooks.com/.