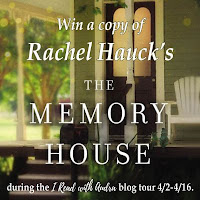 When Beck Holiday lost her father in the North Tower on 9/11, she also lost her memories of him. Eighteen years later, she's a tough New York City cop burdened with a damaging secret, suspended for misconduct, and struggling to get her life in order. Meanwhile a mysterious letter arrives informing her she's inherited a house along Florida's northern coast, and what she discovers there will change her life forever. Matters of the heart only become more complicated when she runs into handsome Bruno Endicott, a driven sports agent who fondly recalls the connection they shared as teenagers. But Beck doesn't remember that either.

Decades earlier, widow Everleigh Applegate lives a steady, uneventful life with her widowed mother after a tornado ripped through Waco, Texas, and destroyed her new, young married life. When she runs into old high school friend Don Callahan, she begins to yearn for change. Yet no matter how much she longs to love again, she is hindered by a secret she can never share.

Fifty years separate the women but through the power of love and miracle of faith, they each find healing in a beautiful Victorian known affectionately as The Memory House.

Click here to read an excerpt. You can purchase a copy here.

Hauck knows how to weave a good story and she has done it again here. I like how the narrative follows two women, a generation apart, as they deal with devastating losses in their lives. The novel did get off to a rough start for me. Hauck uses multiple points of view so we are introduced to seemingly unrelated characters early on.

Hauck has drawn her characters well, so well some may not like them. Beck, the heroine, is tough as nails. She starts out so tough she gets suspended from her cop job. I appreciate how Beck grudgingly grew to a softer, more gentle self. Everleigh is traumatized as the novel begins. She closes herself off from possible love but again we see her grudgingly change.

It was interesting to see how Hauck related the lives of Beck and Everleigh. I appreciate the parallel of both of them dealing with a troubling pregnancy and the possibility of new love. That Everleigh could have such an influence on Beck did seem a little beyond belief. I do appreciate how both women needed to trust God to overcome their hurts.

The only aspect of the novel I did not like was the multiple points of view. I just do not like that technique. Otherwise, a good novel for readers who like women's fiction intertwining two generations.

Rachel Hauck is an award winning, New York Times, USA Today and Wall Street Journal bestselling author. Her book The Wedding Dress was named Inspirational Novel of the Year by Romantic Times Book Reviews. She is a double RITA finalist, and a Christy and Carol Award Winner. Her book, Once Upon a Prince, first in the Royal Wedding Series, was filmed for an Original Hallmark movie. Rachel has been awarded the prestigious Career Achievement Award for her body of original work by Romantic Times Book Reviews. A member of the Executive Board for American Christian Fiction Writers, she teaches workshops and leads worship at the annual conference. She is a past Mentor of the Year. At home, she's a wife, writer, worship leader and works out at the gym semi-enthusiastically. A graduate of Ohio State University with a degree in Journalism, she's a former sorority girl and a devoted Ohio State football fan. She lives in central Florida with her husband and ornery cat. For more information, visit www.rachelhauck.com, Facebook (@rachelhauck), Twitter (@RachelHauck) and Instagram (@rachelhauck).

I received a complimentary egalley of this book through Read With Audra. My comments are an independent and honest review. The rest of the copy of this post was provided by Read With Audra.
Posted by Joan Nienhuis at 7:14 AM