Only science has the answers to the great philosophical questions of life, the authors say. Philosophy is dead, they declare. “Philosophy has not kept up with modern developments in science, particularly physics.” (5) The purpose of their book is to give the answers suggested by recent discoveries and theoretical advances. 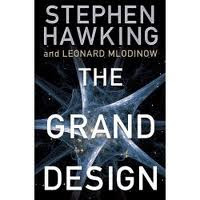 Be prepared to be puzzled. Much of the science the authors talk about appears to violate common sense. (7) For two thousand years or so scientific thought followed general observation and intuition. With recent increase in technology, scientific experiments showed phenomena that was not what we observed in everyday life nor followed human intuition (such as particles acting like waves or appearing and disappearing in “empty” space).
To deal with such paradoxes, the authors use what they call “model-dependent realism.” “If two such physical theories or models accurately predict the same events, one cannot be said to be more real than the other; we are free to use whichever model is most convenient.” (7) We make models in everyday life to interpret and understand our everyday world. The closer the model represents what we observe and the more simple it is, the more highly it is held. “These mental concepts are the only reality we can know. There is no model-independent test of reality.” (172)
Scientists seek the ultimate theory of the universe that would include all forces and predict every observation. While scientists aren't sure one even exists, there is a candidate the authors discuss, called the M-theory (which is actually a whole family of different theories). Each theory in the M-theory is good at describing its area and where the areas overlap, the various theories agree.
The M-theory includes a universe with eleven dimensions. It can also contain vibrating strings, “point particles, two-dimensions membranes, three-dimensional blobs, and other objects that are more difficult to picture...” (118) “The laws of M-theory … allow for different universes with different apparent laws … 10500 different universes...” (118)
According to the M-theory, ours is not the only universe but is one of many created out of nothing. Their creation does not require a supernatural being but arise naturally from physical law. Each universe has many possible histories and many possible states in the future. We see only those universes that are compatible with our existence. (This is an extension of Feynman's “all possible histories” concept from the subatomic level to the universe level.)
The authors break up the serious nature of the subject with humor along the way such as in this explanation of symmetry. “In physics a system is said to have symmetry if its properties are unaffected by a certain transformation such as rotating it in space or taking its mirror image. For example, if you flip a donut over, it looks exactly the same (unless it has a chocolate topping, in which case it is better just to eat it).” (114)
The authors point out that, “the initial state of the universe had to be set up in a very special and highly improbably way.” (135) The properties of the solar system that allow life are “lucky.” (149) They note that the fundamental forces of nature and their interplay had to be just right in order for us to exist. (156) The fundamental constants in the theories are “fine tune,” (160) and the laws of nature are “extremely fine tuned.” (161)
The authors describe this as “serendipity” and “coincidence.” (159, 161) “...[T]he fine-tunings in the laws of nature can be explained by the existence of multiple universes.” (165) Ours is only one universe among many and happens to be the one we inhabit because it is habitable.
The authors suggest we are at a critical point in the history of science. The idea of goals and what makes a physical theory acceptable must be altered. A “self-consistent mathematical theory” is essential.
Since quantum physics is often at odds with our limited human sense observations, scientific theories can also seem to contradict our daily experience. According to M-theory, “Spontaneous creation is the reason there is something rather than nothing, why the universe exists, why we exist.” (180) If the M-theory “is finite – and this has yet to be proved – it will be a model of a universe that creates itself.” (181)
This book is a good overview of current thought in physics. While it is aimed at the lay person, it will be easier to understand if you have had high school physics. The authors use physics terms at times without explanation. And no, you won't understand it all. Even I, with my B.S. In physics from 1970, was puzzled at times. But we are in good company. Richard Feynman once wrote, “I think I can safely say that nobody understands quantum mechanics.” (74)
The authors want to answer the great philosophical question, “Is there a God?” Their answer is that based on their theoretical constructs, one is not needed. But then, the authors note that there is no test for reality outside of the model. According to them, “If two such physical theories or models accurately predict the same events, one cannot be said to be more real than the other; we are free to use whichever model is most convenient.” (7) Then I am free to choose that God exists, and I do!
Publisher information: Bantam, 208 pages.

How did the scientists come to know that an entire universe could come out of nothing? Or, how did they come to know that anything at all could come out of nothing? Were they present at that moment when the universe was being born? As that was not the case at all, therefore they did not get that idea being present at the creation event. Rather they got this idea being present here on this very earth. They have created a vacuum artificially, and then they have observed that virtual particles (electron-positron pairs) are still appearing spontaneously out of that vacuum and then disappearing again. From that observation they have first speculated, and then ultimately theorized, that an entire universe could also come out of nothing. But here their entire logic is flawed. These scientists are all born and brought up within the Christian tradition. Maybe they have downright rejected the Christian world-view, but they cannot say that they are all ignorant of that world-view. According to that world-view God is omnipotent, omniscient and omnipresent. So as per Christian belief-system, and not only as per Christian belief-system, but as per other belief-systems also, God is everywhere. So when these scientists are saying that the void is a real void, God is already dead and non-existent for them. But these scientists know very well that non-existence of God will not be finally established until and unless it is shown that the origin of the universe can also be explained without invoking God. Creation event is the ultimate event where God will have to be made redundant, and if that can be done successfully then that will prove beyond any reasonable doubt that God does not exist. So how have they accomplished that job, the job of making God redundant in case of creation event? These were the steps:
1) God is non-existent, and so, the void is a real void. Without the pre-supposition that God does not exist, it cannot be concluded that the void is a real void.
2) As virtual particles can come out of the void, so also the entire universe. Our universe has actually originated from the void due to a quantum fluctuation in it.
3) This shows that God was not necessary to light the blue touch paper and set the universe going, as because there was no creation event.
4) This further shows that God does not exist.
So here what is to be proved has been proved based on the assumption that it has already been proved. Philosophy is already dead for these scientists. Is it that logic is also dead for them?