The Red Thread by Rebekah Pace and Tracy Lawson 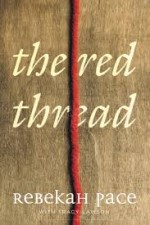 I enjoyed this novel that is sort of a combination of dual time, magical realism and alternative history. The main character is Peter, a Holocaust survivor. Part of the narrative is relatively current, Peter living in a tiny apartment in New Jersey. As the narrative progresses, we become aware of his childhood memories of living in Leipzig, first freely then forced to live in a Judenhaus, then being transported to Theresienstadt Jewish Ghetto and then Birkenau. A third aspect of the book comes in as Peter begins to have lucid dreams. He dreams of experiences with his childhood friend, Mira, who had become the love of his life. His dreams are as if the Holocaust had not happened and are an alternate reality.

The narrative and structure of the novel are complex but the authors do a good job of creating an interesting story. There is the theme of lost love, when Peter is separated from Mira at the concentration camp and he thinks he has lost her forever. There is the possibility of what might have been had Peter's future not been altered forever by Hitler. There is the heart breaking story of Peter's experiences in captivity. There is the issue of Peter being old and some thinking he should no longer be allowed to live alone. And there is the question of whether horrible experiences from the past should be talked about or kept quiet.

This is a good novel and a tender love story. It is based on a Chinese legend where lovers meant to be are connected through space and time by a red thread. It includes several interesting themes, is informative and touching and is a good debut effort from Pace.

Rebekah Pace was a lost soul wandering the infamous Wells Street in Chicago when a traveling street mission from the small town of Clifton, Illinois, saved her soul and she was reborn in Christ. Now writing from her Victorian bed and breakfast, she enjoys telling stories that celebrate the important lessons learned from Christ by believers and non-believers alike.

Tracy Lawson spent 25 years in the performing arts and then made a career change, resulting in a four-volume series of thrillers for young adults, two nonfiction history books and an upcoming novel set during the American Revolution. She is married with a grown daughter and splits her time between Dallas, Texas, and Columbus, Ohio.

Posted by Joan Nienhuis at 2:41 PM