For three middle-aged women in the suburbs of Cleveland, the issues seemed compelling but relatively conventional: sending a child off to college, dealing with a marriage gone stale, feeling "invisible." But changes were coming . . . and not the predictable ones. Because Margie, Katherine, and Abra are feeling a new kind of power inside of them – literally. Of all the things they thought they might have to contend with as they got older, not one of them considered they'd be exploding a few gender roles by becoming superheroes.

At once a delightful and surprising adventure and a thoughtful examination of a woman's changing role through life's passages, THE SUPER LADIES is larger-than-life fiction at its very best.

What a kick! Mini-van driving super hero ladies! This is a novel about three middle aged women who find themselves each with an extraordinary power. But don't expect a typical super hero action packed novel. This novel is subtle. It is a book about women for women. You'll read about taking kids to ball games, chaperoning a prom, dropping a son off at college and other mundane daily events. These women go about their normal duties while contemplating fighting evil. Long passages of descriptions and thoughts cover their diligent homemaking activities, career tasks, and hero actions. Even that worked for me.

There are some thought provoking issues in this novel. One is the temptation to use the super power for personal benefit. Another is how the changes in the women's abilities affected their families and other relationships. There is a good discussion guide at the end of the book covering issues like these so this novel would be a good choice for a women's reading group.

I do recommend this novel to women who dream of fighting the evil in the world, one neighborhood block at a time. Pardon me but I think I'll go out and buy a distinctive pair of reading glasses right now. (You've got to read the book.)


"While, on the surface, this is a novel about a woman battling to make her way in the man's world of professional baseball, debut author Petrone presents a stirring and humorous story of a woman doing considerably more than that--trying to rediscover herself, provide for her family, and perhaps find a little love along the way." - Booklist
"Throw Like a Woman is that rare baseball novel, both a paean to the game and a deeper exploration of character. Susan Petrone has a fan's heart and a scout's eye. Read it now. Don't wait for the movie." - Stewart O'Nan, co-author of Faithful and A Face in the Crowd
"For baseball fans who yearn for a female Jackie Robinson, reading Susan Petrone's fun and absorbing novel Throw Like a Woman becomes a kind of prayer. 'Please, Lord! Give talent a chance. Let this dream come true!'" - Mary Doria Russell, author of The Sparrow
"Someday there will be a woman who plays Major League Baseball. And when it happens, I suspect it will be an awful lot like Susan Petrone's fun Throw Like a Woman. Susan knows baseball and so the novel - and her hero Brenda Haversham - crackles with authenticity. You can hear the pop of the ball hitting the catcher's mitt." - Joe Posnanski, author of The Soul of Baseball, NBC Sports National Columnist
"Petrone's storytelling is first-rate, and she weaves a credible baseball tale with well-defined characters throughout." - The Wave 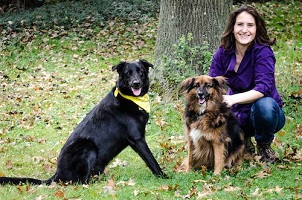 Susan Petrone lives with one husband, one child, and two dogs in Cleveland, Ohio. Her superpower has yet to be uncovered.

Catch Up with Susan Petrone Online:

Visit these other great hosts on this tour for more great reviews, interviews, guest posts, and giveaways!
Click here to view the The Super Ladies by Susan Petrone Participants.

I received a complimentary digital copy of this book through Providence Book Promotions. My comments are an independent and honest review.
Posted by Joan Nienhuis at 5:53 AM