The Company Files: 2. The Naming Game by Gabriel Valjan Blog Tour and Giveaway 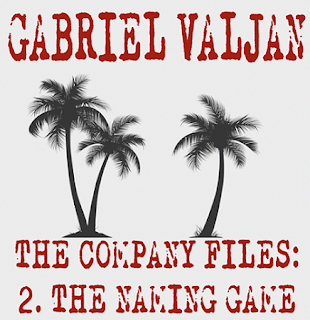 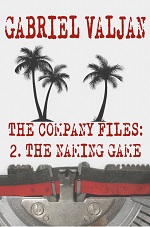 Whether it's Hollywood or DC, life and death, success or failure hinge on saying a name.

When Charlie Loew is found murdered in a seedy flophouse with a cryptic list inside the dead script-fixer's handkerchief, Jack Marshall sends Walker undercover as a screenwriter at a major studio and Leslie as a secretary to Dr. Phillip Ernest, shrink to the stars. J. Edgar Hoover has his own list. Blacklisted writers and studio politics. Ruthless gangsters and Chief Parker's LAPD. Paranoia, suspicions, and divided loyalties begin to blur when the House Un-American Activities Committee insists that everyone play the naming game.

Praise for The Naming Game:

"With crackling dialogue and a page turning plot shot-through with authentic period detail, Gabriel Valjan pulls the reader into the hidden world of the 1950's Hollywood studio scene, involving murder, McCarthyism and mayhem."
~ James L'Etoile, author of At What Cost and Bury the Past

This is a good novel for readers who would enjoy being immersed in the post WW II world of actors and screenwriters in California. Tensions were high in the film industry at the time as government agents were hot after communists. Valjan creates an authentic setting through witty dialogue and revealing action scenes, emulating the detective writers of that era. He has done his research and I found the novel informative about a very interesting time on our nation's history.

This is the second in a series and I was a little lost at the very beginning of the book. I would have liked a better introduction to the main character and the “Company” he worked for. I have not read the first book in the series and perhaps all is made clear there.

Gabriel Valjan is the author of two series, The Roma Series and The Company Files, available from Winter Goose Publishing. His short stories have appeared in Level Best anthologies and other publications. Twice shortlisted for the Fish Prize in Ireland, once for the Bridport Prize in England, and an Honorable Mention for the Nero Wolfe Black Orchid Novella Contest, he is a lifetime member of Sisters in Crime National, a local member of Sisters in Crime New England, and an attendee of Bouchercon, Crime Bake, and Malice Domestic conferences.

Visit these other great hosts on this tour for more great reviews, interviews, guest posts, and giveaways!
Click here to view the The Company Files: 2. The Naming Game by Gabriel Valjan Participants.

This is a rafflecopter giveaway hosted by Partners in Crime Virtual Book Tours for Gabriel Valjan. There will be 1 winner of one (1) Amazon.com Gift Card. The giveaway begins on April 22, 2019 and runs through June 24, 2019. Void where prohibited.

I have seen many great reviews of this book. However, after reading your review, I think I will start with the first book before picking this one up.

Thank you for taking the time to read my book, and for writing a review. Much appreciated. Gabriel Valjan