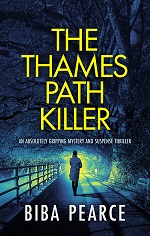 This is a good British police procedure novel. It has a relatively good balance of investigative technique and character development. DI Rob Miller makes a good debut appearance as a lead investigator. He is a little unsure of himself but is ambitious. He doesn't seem to make any mistakes in his first case as lead which was a bit surprising. One rape and murder turns in to two and the pressure is on for Miller. A more experienced team is brought in to help with the investigation and it was a bit surprising that Miller got on well with them.

There was perhaps a bit more personal life of DI Miller in this novel than I would have liked. Miller spends so much time on the case his fiancé becomes frustrated. Her place in the novel becomes more important later on but I did not appreciate the sexual tension and expression between the two.

Potential readers should know that the book opens with a violent rape and murder scene. This might be a trigger situation to some readers. Also, this book is a revised edition of The Surrey Stalker released a few years ago.

I like Pearce's writing style and the way the investigation is plotted. She is a new author to me and I will be looking for more from her.

Biba Pearce is the author of the DI Rob Miller series. She grew up in post-apartheid Southern Africa and is now a full-time writer with more than twenty-five novels written. She lives in Surrey and enjoys walking the countryside and kayaking on the river Thames. You can find out more at https://blpearce.com/home.

Posted by Joan Nienhuis at 7:28 PM