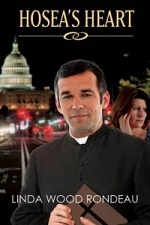 How much should a wronged husband forgive?

Aubrey Beaumont has spent the last fifteen years in search of his runaway, drug-addicted wife. Now a respected Silver Spring pastor and chaplain, ready to give up and move on, his life takes unexpected turns when she suddenly contacts him. Terminally ill and having found faith, she begs Aubrey’s forgiveness. How can he overlook her past prostitution and liaison with one of Washington’s most vicious drug lords?

Grateful for a chance at reconciliation, Joanna Beaumont prays that her seemingly wasted life might serve some purpose in her final days. Perhaps her testimony against her former lover’s cartel will bring her the peace she craves.

Joanna and Aubrey’s paths will crisscross the Capital District’s underworld where they discover how God weaves threads of failure into tapestries of hope.

I enjoyed this engaging novel based on the principle of the biblical book of Hosea. Hosea was an example of God always taking back those He loves. Aubrey portrays that principle by continuing to love his wife even after she repeatedly gives him cause to forsake her. Aubrey is an interesting character. He felt called by God to preach but knew his gifts did not include public speaking. I found it odd he would stay in a church preaching role knowing he wasn't very good at it.

There is some suspense included in the novel but most of the plot deals with relationships. The feelings of betrayal and grief are explored. Characters also struggle with forgiveness and pursuing reconciliation. There is also quite a bit about honesty in relationships. We also learn about establishing an inner city ministry and the dangers that might surround such an effort.

I did feel the book could have used additional editing. An example was Cynthia at one point identifying Gregg as the PI Aubrey hired to find her father (1193/3225) when, in fact, he was hired to find her, as she later correctly states. (1442/3225)

Readers who enjoy a good romance with flawed yet committed characters will enjoy this one.

A veteran social worker, Linda Wood Rondeau has earned critical acclaim for her heart-warming stories of deliverance and forgiveness. The author now resides in Hagerstown, MD with her husband of forty years. Active in her local church, she enjoys playing the occasional round of golf, a common feature in many of her books. Readers may contact the author through Facebook, Twitter, Goodreads, Pinterest, and Instagram or visit her website: www.lindarondeau.com.

Folks ask me why I kept searching for Joanna.

I don’t really see myself as a martyr, self-sacrificing, or even like the prophet Hosea as some have compared me to.

Perhaps I searched so long because Joanna was the only woman I ever truly loved. We met at the Top Notch Lounge when I had stopped in to buy a getaway package for my parents’ twenty-fifth anniversary.

I turned to my friend, Gregg, a private detective, and said, “See that girl over there? I’m going to marry her.

Gregg shook his head “You’re crazy. That broad is nothing but trouble.”

I left Gregg standing at the reservation desk and walked confidently toward a future that I could only guess. She smiled at me as I approached her table and glanced at her beverage. “Cinnamon tea?” I asked.

I sniffed the scent. Then, it was like an aphrodisiac. Now the aroma makes me nauseous. If I had known then what I know now? Moot question because life rarely offers a mulligan.

Gregg gave me a sign that he’d wait for me at the restaurant.

I sat down next to her. “Aubrey Beaumont.”

We talked, though not about anything of importance. I knew no more about her after an hour than her name and that she’d been deserted by her boyfriend. Yet, I knew I loved her.

“Have you had dinner yet?”

“No. Actually, I haven’t eaten all day. I should keep up my strength. I’m eating for two.”

I suppose most men would be scared away at that point. But something tugged at me. I sensed she didn’t need me—but I needed her, as intoxicating as any drug.

“Why not join me and my friend at the restaurant downstairs.”

Despite Gregg’s loud protests, Joanna and I married two days later. I adopted her unborn daughter, though not of my flesh, a child of my heart. I didn’t know about Joanna’s addiction until the first time she left us. Though she had been to rehab numerous times, she relapsed again and again. The last time she left, I held her note in my hand, my heart sliced by the knowledge she’d not be back.

The intelligent thing would be to let her disappear … what she wanted. I always led with my heart, not common sense. Perhaps why God called me into the ministry after Joanna’s first relapse.

My fruitless search took me into the Capital District where I pastored a church in Silver Spring.  Hope waned … and I even thought I might find love again with a woman named Cynthia. Until Joanna found me and called me to her side.

Fifteen years have passed since she left me the last time. Now, here I stand … face-to-face with reality. Cancer will  take Joanna away forever. What does God require of me now? I can forgive her addiction. But sometimes a wife’s betrayal goes beyond the forgivable –her liaison with Joey Juarez, the worst drug czar in the Washington, D.C. area.

I have every right, scripturally and logically, to divorce her and move on. Yet, that same voice that called me to her so many years ago calls to me now. “Till death part us.”

READER: What would you do if you were Aubrey? How would you advise him?

Because I said so -- and other adventures in Parenting, March 19

For Him and My Family, March 26

By The Book, March 30 (Author Interview)

Thank you for hosting me on your blog