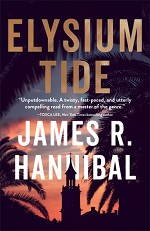 Dr. Peter Chesterfield is the top neurosurgeon at the Royal London Hospital. He's also a workaholic, and after a blow-up with a colleague, his boss orders him to attend a medical symposium at the luxurious Elysium Grand on the island of Maui. During a midnight walk on the beach, Peter pulls a woman with a skull fracture from the water. Despite all his skill, she dies in his arms, leaving him with only one clue to what happened to her: the word "honu."
Obsessed with finding the cause of his patient's death--discovering what or who ripped the power over life and death from his surgeon's hands--Peter becomes entangled in an ongoing investigation. He also becomes a source of deep irritation to detective Lisa Kealoha, who has jurisdiction over the case.The reluctant pair join forces, diving deep into Maui's evolving gang culture, and unearth a conspiracy that runs deeper than either could have imagined. Knowing too much is deadly--and they must catch the killer before the killer catches them.
You can read an excerpt here.

Hannibal takes the first part of the novel to set the stage. The neurosurgeon in London and the detective in Hawaii have lives seemingly unrelated. When the doctor is forced to take a break in Hawaii, the lives intersect and the novel takes off.

This is a good police procedure mystery with a twist in that it includes an amateur sleuth pretty much with equal status in solving the murder. Peter's character development was interesting. He starts out as a cocky and over assured neurosurgeon. His experiences in Hawaii changes him in good ways. Lisa is a good detective character. She is so tenacious it gets her in trouble. The two work well together, after a few tense moments. Peter brings a new perspective to investigative work as he sees and processes information differently than trained officers.

The plot is interesting in that a new gang is infiltrating the island. There are other nefarious things going on too. Hannibal developed one of the villains such that the person was easily identified early on. Other than that, a good combination of police procedure and amateur sleuth in a tropical setting.

James R. Hannibal is no stranger to secrets and adventure. This former stealth pilot from Houston, Texas, has been shot at, locked up with surface-to-air missiles, and chased down a winding German road by an armed terrorist. He is a three-time Silver Falchion Award winner for his children's mysteries, and a Carol and Selah Award winner for The Gryphon Heist and Chasing the White Lion. His latest spy thriller is The Paris Betrayal. James is a rare multisense synesthete, meaning all of his senses intersect. He sees and feels sounds and smells, and hears flashes of light. If he tells you the chocolate cake you offered smells blue and sticky, take it as a compliment. Connect with James at www.jamesrhannibal.com. Photo Credit: DigiSmiles Photography
Revell, 352 pages
I received a complimentary egalley of this book from the publisher. My comments are an independent and honest review. The rest of the copy of this post is from the publisher's book information.

Posted by Joan Nienhuis at 5:40 PM