A Dance in Donegal by Jennifer Deibel Blog Tour 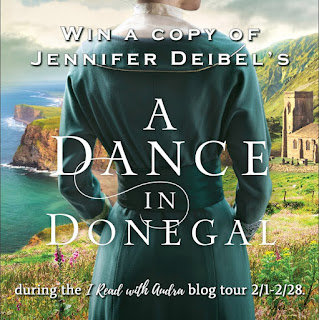 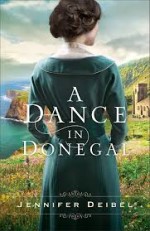 All her life, Boston-born Moira Doherty has relished her mother's descriptions of the Emerald Isle. When her mother dies unexpectedly in the summer of 1920, Moira is compelled to fulfill her dying wish--that she become the teacher in Ballymann, the beloved village in Donegal, Ireland, she's heard so much about.

After an arduous voyage, Moira begins a challenging new job in an unfamiliar and ancient country. Though a few locals offer a warm welcome, others are distanced by superstition and suspicion. Rumors about Moira's mother are unspoken in her presence but threaten to derail everything she's journeyed to Ballymann to do. Moira must rely on the kindness of a handful of friends--and the strength of Sean, an unsettlingly handsome thatcher who keeps popping up unannounced--as she seeks to navigate a life she'd never dreamed of . . . but perhaps was meant to live.

I liked this historical novel that takes us to an interesting time in Ireland. Deibel has done a good job of immersing us in the culture, legends, and superstitions. I liked learning about the celebrations and rituals, such as those involved in mourning. This aspect of the novel was by far its strong point. 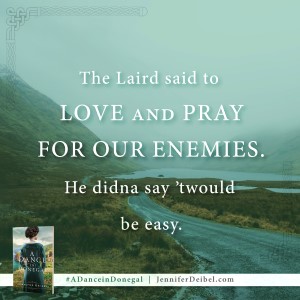 The spiritual issues explored in the novel were good too. Moira wonders why God would lead her to a place that seemed initially good but then became a place of trouble for her. Some of that trouble came because Moira chose to do a hard thing, loving and helping the unlovely. It put her in danger.

This is a good debut effort. Deibel's writing style is easy to read and her characters were well done. I recommend it to readers who would like to experience an Ireland village of a century ago. I look forward to Deibel's next novel.

Jennifer Deibel is a middle school teacher whose work has appeared on (in)courage, on The Better Mom, in Missions Mosaic magazine, and other publications. With firsthand immersive experience abroad, Jennifer writes stories that help redefine home through the lens of culture, history, and family. After nearly a decade of living in Ireland and Austria, she now lives in Arizona with her husband and their three children.
You can find her online at www.jenniferdeibel.com, Facebook (@JenniferDeibelAuthor), and Instagram (@jenniferdeibel_author).
I received a complimentary egalley of this book through I Read With Audra. My comments are an independent and honest review. The rest of the copy of this post was provided by I Read With Audra.
(My star ratings: 5-I love it, 4-I like it, 3-It's OK, 2-I don't like it, 1-I hate it.)
Posted by Joan Nienhuis at 5:41 AM

I'm a middle school teacher, so that made me feel a bit of connection to the author.