While on a scavenging trip with her father, Amy is accidentally trapped in New Lithisle in Rondi Bauer Olson's All Things Now Living. At first her only goal is to escape, but when she meets Daniel, a New Lithisle boy, she begins to question how less-than-human the people of New Lithisle are. Amy's feelings grow even more conflicted when she learns she didn't end up in New Lithisle by mistake. Her father is secretly a sympathizer. Time is running short and Amy has to decide if she will bring the computer program her father wrote to his contact or save herself. Installing the program could prevent the dome's collapse, but if Amy doesn't find her father's contact in time, she'll die, along with everyone else. 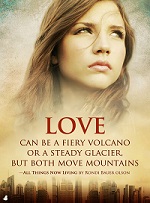 Olson has crafted a thought provoking dystopian novel for young adult readers. While Amy, our heroine is seventeen, the issues addressed in this book make it suitable for older readers, college age or older. For example, there is a somewhat graphic scene of Amy beginning menstruation. There is also a quickly developing romance which would preclude my recommending this book to young readers.

The major thought provoking issue in the novel is the splicing of animal genes into humans. Amy ventures into a society containing human like beings with fins, or fur, or razor sharp teeth and tails. It also touches on some theological issues, such as whether these beings have souls. 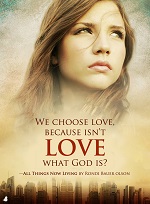 Olson has developed the plot so that information about the society is revealed little by little. Because of that I found the novel a bit confusing at the start. Writing a dystopian novel set in the future is not an easy task and I do wish the setting would have been explained a little better at the very beginning.

As is often the case in futuristic novels, Christianity (faith in God) does not look much like what we see in evangelical Christianity today. This may be disconcerting for some readers.

This would be a good novel for mature young adult readers. There would be much to discuss in the midst of an action packed plot.

I am taking part in a blog tour of this book and you can read other reviews here.

Rondi Bauer Olson is a reader and writer from Michigan's Upper Peninsula, where she lives on a hobby farm with her husband. She has four grown children, works as a nurse, and owns a gift shop within view of beautiful Lake Superior. You can find out more at http://rondibauerolson.weebly.com.


I received a complimentary digital copy of this book through Litfuse. My comments are an independent and honest review. The rest of the copy of this post was provided by Litfuse.
Posted by Joan Nienhuis at 12:19 PM