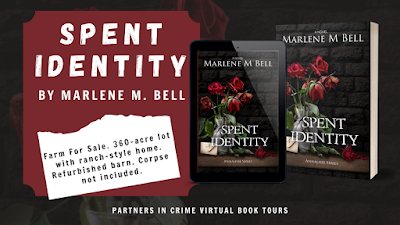 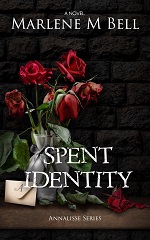 To find her missing aunt, she has to unearth the secrets of the past. But lies and deceit run through the very heart of their town…

What started out as a promising relationship with adventurer and tycoon Alec Zavos has fizzled into an uncertain future for antiquities expert Annalisse Drury. Returning to Walker Farm in Upstate New York to see her Aunt Kate should have been a welcome homecoming and distraction. Instead, she finds the childhood home she expected to inherit is for sale, without her permission. What’s worse, Kate’s ranch manager makes a gruesome discovery in the barn: the body of an unidentified man, dead by foul play.

Annalisse turns to Alec for help. She and her aunt shelter on his estate in the Catskills while the authorities canvass the scene. But when Kate herself disappears without a trace, Annalisse fears the worst: that one of the many secrets of her hometown has ensnared her family—a secret someone is willing to kill for to keep hidden.

I have mixed feeling about this novel. It's a decent mystery although the plot was very complex and bordered on being unbelievable. A missing person, how she went missing and where she was found, well, that was unbelievable. The going back and forth between the farm and Alec's compound was just too frequent. Annalisse seemed an inconsistent character in this novel. She was brave and resourceful sometimes and incompetent other times. The relationship between Annalisse and Alec was not consistent and seemed way too sexually intense some times, especially while Annalisse's aunt was missing.

I found Bell's writing style a bit difficult to appreciate. I think an additional edit is in order. An example is, “She nodded to Alec and left the room.” (Loc 1359/5551) The previous “she” in this scene referred to Annalisse. Granted, an orderly had entered the room but the gender was not specified. I assumed Annalisse was the “she” who had left the room. It was the orderly, however, as was indicated by subsequent text. Ah, trouble with antecedent pronouns.

Another issue with Bell's writing style is illustrated with, “She sprang against the cushion.” (Loc 1424/5551) She suddenly moved up, forward or outward, against the pillow? Sentences like that stopped the flow for me. And sometimes the dialogue just did not make sense to me, even reading it through a couple of times.

While this novel could stand on its own, the characters would be best understood by reading the first in the series, Stolen Obsession. You can read my review of that book here.

She caught a glimpse of Bill’s scarred neck and considered prying. “May I ask a personal question?”
“Sure.” He steered the next turn. “I’ll answer if I can.”
“Did you get burned?”
He rubbed the side of his neck as if to soothe a haunting memory. “I used to be a fireman. Got caught in a seven-story roof collapse. Almost bought it.” He tapped cruise control and slid his shoe off the accelerator.
An injured fireman with a near-death experience turned private investigator made more sense to her now. Bill didn’t fit the cookie-cutter-investigator type.
They hit smooth asphalt in the cross into Sullivan County. Annalisse relished the soothing hum from the roadway. At the county border, they passed a renovated eighteenth-century church refurbished into a modern brick farmhouse. The original belfry and bell sat atop the gable roof at the midpoint, with a new masonry chimney erected on one side near the redwood decking. She hadn’t noticed it the first time with Woody.
“What a horrible experience for you, Bill. I’m sorry. Alec didn’t mention it.”
“We don’t talk about it much. For a bunch of reasons.” Bill fiddled with a tabloid-size newspaper wedged next to the console. “My hours are better now anyway.” He chuckled, rolling the newsprint into a tube and blowing into it.
“A gossip rag? Haven’t read any juicy dirt in a while. I could use a laugh.” She reached for the paper, expecting him to hand it to her.
“Boring issue.” Bill tossed the roll over the headrest, wiping newsprint from his fingers to the seat.
That was strange.
She tried to grab it, but it landed just out of her reach.
Annalisse unbuckled and twisted for a closer look at the huge headline, reading aloud, “THE HOUND CHASES ANOTHER FOX. Please people. Such original journalism. Who this time?” She laughed as she lunged for the paper.
Bill’s arm moved in like a slingshot and bumped her sore cheek, blocking her.
“Ow. Watch the road,” she exclaimed and bounced backward. “Walking wounded here. Just drive, Bill. Allow me to revel in someone else’s grief for a while.”
He touched her elbow. “Please don’t.”
Bill wasn’t smiling, and his skin had morphed to ashen of the dead. He had the look of a man who’d just lost his best friend and was about to lose his faithful dog too.
It clicked. “What don’t you want me to see what thousands of other people have already seen?”
“Wait till we get to Brookehaven so he can—”
“Who can?” Annalisse hung over the seat and stretched her sore body far enough to snag the tabloid with her fingertips. She braced herself—the photo had to be disturbing.
“The timing is bad. Really bad.” Bill stared at the road and in a low voice added, “I’m so sorry.”
The pang of the unknown boomeranged through her heart, and she looked down at the front page of Reveal Reality.
A couple with their backs to the camera, overlooking an ocean at sunset at some kind of event. She wasn’t sure where but expected the piece would say. The paparazzi photographer had zoomed in on a brunette in a skimpy, backless sundress leaning into a man with his elegant hand cupping her barely covered butt cheek. His chiseled profile and windblown curls were unmistakable.
Say bye-bye to the mysterious, green-eyed Annalisse! Italian starlet Monica Corsetti on Italy’s Riviera with Greek magnate, Alec Zavos of the Signorile Corporation. They were…
She covered her mouth.
“Pull over, Bill. I’m gonna throw up.”
***
Excerpt from Spent Identity by Marlene M. Bell. Copyright 2020 by Marlene M. Bell. Reproduced with permission from Marlene M. Bell. All rights reserved.

Marlene M. Bell is an award-winning writer and acclaimed artist as well as a photographer. Her sheep landscapes grace the covers of Sheep!, The Shepherd, Ranch & Rural Living, and Sheep Industry News, to name a few.
Her catalog venture, Ewephoric, began in 1985 out of her desire to locate personalized sheep stationery. She rarely found sheep products through catalogs and set out to design them herself. Order Ewephoric gifts online or request a catalog at TexasSheep.com.
Marlene and her husband, Gregg, reside in beautiful East Texas on a wooded ranch with their dreadfully spoiled horned Dorset sheep, a large Maremma guard dog named Tia, along with Hollywood, Leo, and Squeaks, the cats that believe they rule the household—and do.

Visit these other great hosts on this tour for more great reviews, interviews, guest posts, and giveaways!
Click here to view the Spent Identity by Marlene M. Bell Participants.

I have this book on my TBR list. Even though this was a 3 star for you, I'm still going to give it a try!!!!