Safe from the Past by Patricia Mauro

Patricia came from a very poor family, earning her first paycheck through a federally funded summer youth program. That summer she learned that if you do everything in your power to achieve, people will notice. She set a goal of making it through college, her only hope for having a “normal” life.

She relates growing up in an anger filled home. When divorce loomed, her father kidnapped Patricia and her sister. Their mother fought to get them back but then abandoned them, leaving them in the care of an abusive woman. When her mother did come back, they lived on welfare and the kindness of others. Her mother met a man but the relationship quickly turned into drunken fighting.
Her mother encouraged her to go to college, instilling in Patricia a sense of survival and resourcefulness. Although her step-father had money, Patricia was given none and had to rely on aid and loans. She made up her mind she would succeed.
She tells of her college years, working, and having her meals provided during breaks, when the cafeteria was closed. It seemed like her mother was heading toward a second divorce. Patricia dreamed of graduating and providing her mother and sister with a decent place to live and with food to eat (without food stamps).
But her dreams were interrupted by an incident where her mother, drunk, fought with Patricia's younger sister, Kim. Their was taken in for rehab. Their step-father left. Kim began college. Their mother, alone, ultimately became so unstable she was taken to mental health facility. Through Kim, Patricia was reunited with her birth father. At first nervous, she found him to be a nice man.
Patricia did graduate from college and managed to obtain a job in New York City, working for the DTC for thirteen years. She obtained her MBA, met a man, married and moved to Texas. She now has two children.
She wrote this book for her children to remind them that with God, all things are possible.
As is often the case with a self published book, this one lacks the polish of a well written book. The story is inspiring but not captivating. The reading level, I would guess, is about high school. Patricia does not explicitly talk about her faith, nor does she talk about going to church etc. A reader looking for faith in God as the stabilizing factor in Patricia's achievement will be disappointed. This might be an encouraging book for a teen in a troubled family although Patricia got many “breaks” in her college experience. 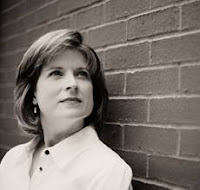 Author: Patricia worked in New York City's financial district for thirteen years in the field of securities operations. At that time, she went on to obtain an MBA from New York University. She and her husband moved to Dallas, TX in 2001 where they are raising their two children.
During her time in NY, Patricia wrote an article entitled "A Tribute To My Mother" which was published in "The Recovery Journal" in 1999. Her book is a continuation of that tribute and serves to spread the message to those in similar situations that good news is on its way to children considering a higher education but who are afraid to dream.

I received a copy of this book from the author for the purpose of this review.
Posted by Joan Nienhuis at 6:07 AM