Rule of Law by Randy Singer

An extraction operation in Yemen by SEAL Team Six goes terribly wrong. Lives are lost. Some suspect the president knew the operation was compromised. A case is filed and Paige Chambers, a young attorney, tries to find out the truth.

I enjoyed this novel, a combination of character development and legal procedure. Singer has done a good job with Chambers and the other characters involved. There is quite a bit of character rumination and scene description. I have to admit I skipped some of the description of Chambers on her morning run, for example, until she met someone on the path and dialog started. 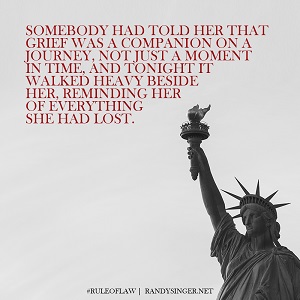 While there is much about the characters, of the most interest to me was the legal aspect of the novel. Is the president subject to the rule of law or above the law? Should the U.S. be sending military personnel on clandestine missions to nations with which we are not at war, if not action against al Qaeda under the 2001 Authorization for Use of Military Force Act? What about the use of drones to take out people in those countries? Should the CIA make military personnel temporary agents so they can be sent out on assignments the military is otherwise forbidden to do? What role should the courts play in reviewing foreign policy actions?

The novel is not all legal procedure. There are some desperate government agents determined to cover up their illegal action so there is some suspense too. 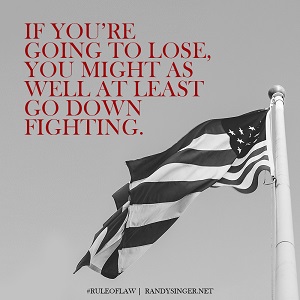 Singer writes in the Author's Note that he wrote this book in 2016 to address important issues. Is the president above the rule of law in matters of foreign policy? Should the U.S. be involved, through the CIA, in shadow wars in countries where we have not declared war? Should U.S. troops ever be used for political gain? He created a fictitious president, cabinet and Supreme Court but, nonetheless, the issues remain very real.

I am taking part in a blog tour of this book and you can read other reviews here.

Randy Singer is an author and trial attorney, having written more than ten legal thrillers. In addition to his law practice and writing, he is a teaching pastor for Trinity Church in Virginia Beach, and teaches classes at Regent Law School. You can find out more at http://www.randysinger.net/.

I received a complimentary egalley of this book through Litfuse. My comments are an independent and honest review.
Posted by Joan Nienhuis at 2:13 PM