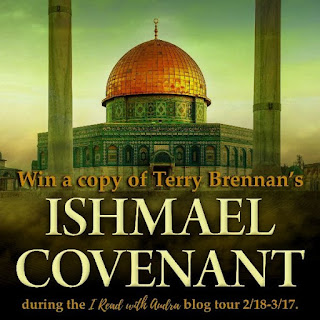 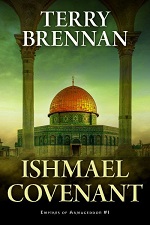 His marriage in tatters and his career ruined by lies, Diplomatic Security Service agent Brian Mullaney is at the end of his rope. Banished to Israel as punishment by his agency, he's assigned to guard a US ambassador and an insignificant box. Little does he know that this new job will propel him straight into a crisis of global proportions.
Inside the box is a messianic prophecy about the fate of the world. And a dark enemy known as The Turk and the forces of evil at his command are determined to destroy the box, the prophecy, and the Middle East as we know it. When Ambassador Cleveland gets in the way, his life and his daughter's life are threatened--and Mullaney must act fast.
Now agents of three ancient empires have launched covert operations to secure nuclear weapons, in direct defiance of the startling peace treaty Israel and its Arab neighbors have signed. And a traitor in the US State Department is leaking critical information to a foreign power. It's up to Mullaney--still struggling with his own broken future--to protect the embassy staff, thwart the clandestine conspiracies, and unmask a traitor--before the desert is turned into a radioactive wasteland.
Fans of Joel C. Rosenberg, Steven James, and Ted Dekker will relish the deadly whirlpool of international intrigue and end-times prophecy in Ishmael Covenant--and will eagerly await the rest of this new trilogy.

You can read an excerpt here. You can buy a copy here.

This is a good novel for readers looking for insights into the history of the Middle East and the conflicts the region has experienced. Brennan provides a great deal of information on those areas as well as the current political tensions. There are periods of suspense and character introduction interspersed with paragraphs of historical and current religious and political context. An Author's Note at the end clarifies what aspects of the novel are based on fact.
The novel has a very complex plot and Brennan takes a long time to set it up. There are a number of confusing political manipulations going on. There is a plethora of characters with similar sounding foreign names. Thank goodness Brennan has provided a two page list of characters at the beginning of the book.
There is lots of head hopping. An example is the last paragraph on page 183, seen from Mullaney's viewpoint. The first paragraph on the next page is of a “he” viewpoint, but it took me a few sentences to see it was from a terrorist's viewpoint. Granted, there was a line break and the point of view is not first person but the frequent jumps in perspective broke the rhythm of reading for me.
Potential readers should realize this is the first book in a new series. It is not a stand alone and the novel ends in the midst of an exciting scene. The next novel will need to be read to make sense of this one.

Terry Brennan is the award-winning author of The Sacred Cipher, The Brotherhood Conspiracy, and The Aleppo Code, the three books in The Jerusalem Prophecies series. His latest release, Ishmael Covenant is the first in his new series, Empires of Armageddon.
A Pulitzer Prize is one of the many awards Brennan accumulated during his 22-year newspaper career. The Pottstown (PA) Mercury won the Pulitzer Prize for Editorial Writing for a two-year series published while he led the team as the newspaper’s Editor.
Starting out as a sportswriter in Philadelphia, Brennan became an editor and publisher for newspapers in Pennsylvania, Illinois, and New York and later moved to the corporate staff of Ingersoll Publications (400 newspapers in the U.S., Ireland and England) as Executive Editor of all U.S. newspaper titles.

In 1996, Brennan transitioned into the nonprofit sector, spending 12 years as VP Operations for The Bowery Mission and six years as Chief Administrative Officer for Care for the Homeless, both in New York City.
Terry and his wife, Andrea, now live in Danbury, CT.
You can find out more at www.terrybrennanauthor.com and follow him on Facebook (TerryBrennan) and Twitter (terrbrennan1).