Christianity for People Who Aren't Christians by James Emery White 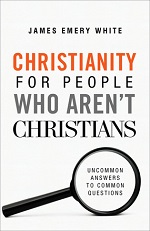 White's book is a good addition to the genre of defending or explaining Christianity. His goal is twofold. He wants to explain Christianity to people who have little or know knowledge of it and answers some of the most common questions about Christian faith.

Having read a number of books on Christian apologetics, I did not find anything earth shakingly new in this one. White's writing style is very conversational rather than academic which would appeal to many thinking about investigating Christianity. He came to Christian faith as an adult so understands many of the questions people have about it. He draws frequently on the thoughts of C. S. Lewis, one who came to Christian faith later in life and excelled in well thought out answers to questions about Christianity. 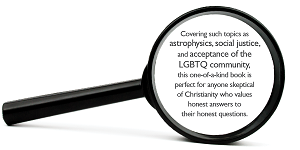 White addresses many of the issues people question today. His exploration of them may satisfy faith seekers or at least get them moving on a path toward Christian faith. I suggest believers give this book to a friend they know is questioning faith. Read it first then continue the discussion with your own personal insights.

James Emery White (PhD, Southern Seminary) is the founding and senior pastor of Mecklenburg Community Church, a suburban megachurch in Charlotte, North Carolina, often cited as one of the fastest-growing church starts in the United States. Former president of Gordon-Conwell Theological Seminary, White is the author of several books, including The Rise of the Nones, Meet Generation Z, Rethinking the Church, What They Didn't Teach You in Seminary, and The Church in an Age of Crisis. He lives in North Carolina.

I received a complimentary egalley of this book from the publisher. My comments are an independent and honest review.
Posted by Joan Nienhuis at 10:36 AM