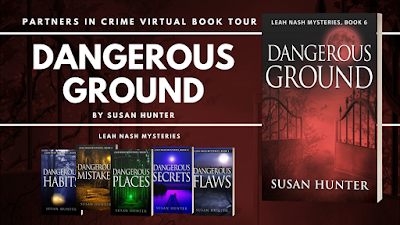 
A Murder Among Friends … 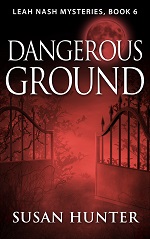 Everyone is anxious to connect with actor Ryan Malloy when he returns to town for his 15-year high school reunion. Everyone except crime writer Leah Nash. She doesn’t have many fond memories of Himmel High’s golden boy. But it turns out she’s not the only one who isn’t a fan. Before the weekend is over, Ryan Malloy is murdered.

The hard-headed but soft-hearted Leah is unwillingly drawn into investigating his death by the pleading of Ryan’s terminally ill mother. She soon discovers that Ryan’s self-absorbed journey through life trampled on the dreams of a number of people. His old girlfriend, his best friend, his own brother, a local businessman—there’s no shortage of suspects—or secrets. But the solution eludes Leah, until the past and the present collide in a dangerous confrontation that threatens one life and ends another.

Another enjoyable mystery featuring Leah Nash. What made it so enjoyable is the character of Leah. I like her snarky humor. I like that, even in the midst of her intense investigative ambitions, she has a compassionate side. She's a flawed character with a good heart and a strong desire to make things right.

Leah's character makes the plot. Even though it is a mystery, there is no murder until about a quarter of the way into the book. There are many suspects and I like how Leah goes after them all. She's persistent, even when running to judgment well before she has all the facts.

If you like a good mystery centered on a fully developed and entertaining character, this is a novel for you. I have been reading all the Leah Nash novels and have enjoyed following her journey in life. While this novel would stand alone, much happens in this novel with roots in previous novels so it would be good to have read them too. And I shouldn't forget Miguel's advice when contemplating a decision: WWLD. (You have to read the book.)

Visit these other great hosts on this tour for more great reviews, interviews, guest posts, and giveaways!
Click here to view the Dangerous Ground by Susan Hunter Participants

I have wanted to read this series but RL just keeps interfering with my reading. But since this is the 6th book, and reading your review, I better get caught up!!!

I'm so glad you enjoyed Leah's latest adventure. Thanks for the review of Dangerous Ground!