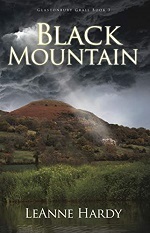 Ol’ Teg o’ the Hills, the witch who lives on Black Mountain, has the ancient olivewood cup that Colin Hay brought from Glastonbury Abbey when it was closed by King Henry VIII. Forced to flee her mountain retreat by the spiritual powers she has served all her life, Teg travels to Glastonbury and far beyond to learn more of this thing of power she pulled from the ashes of the fire that killed her daughter. Along the way she meets Colin’s fiancée Alice Thatcher, a group of people willing to risk their lives to read the words of a God she despises, and the Lord of the cup—the only One who can satisfy the thirst of her heart. But can she ever truly be free of her past?“You’re only a peasant masquerading as a lady,” the vindictive priest of Alice’s old parish tells her when she marries Colin Hay and moves to Honddu Vale. Alice misses her friend “Goody Tegwyn.” She tries to live up to all that is expected of a lady, supporting Colin as he struggles under his father’s debts, and following all her friend Catherine Price’s instructions on manners. But her womb is cursed, and she can’t perform even the most basic duty of a wife—give Colin a child. How far will Alice go to be a mother? When Goody Tegwyn returns to Honddu Vale, can Alice save her from her enemies?

Hardy has done a good job of bringing us into Wales in the 1540s. It was an era when superstitions abounded and people put their hope in things like amulets. There were also those who were early Protestants and read the Bible in English. But there were also powerful Catholic priests who continued to wield their power.

The narrative is told through the eyes of two women. Hardy develops their characters well. The adventures and struggles Tegwyn experiences gives us an idea of the spiritual warfare of the time. The life of Alice yields insights into the class structure of the time. Alice married for love into a higher class but not all women were so fortunate. A friend of hers, Joan, is forced into an arranged marriage. The plight of women in general during the time was not pretty.

What I have appreciated most about this series is the meticulous research Hardy has done to give readers a real sense of life during this time. What I liked most in this novel is the idea of God redeeming and restoring the life of a repentant person. What a great representation of the life transforming nature of the gospel. I also liked the suspense at the end.

This is the third novel in the Glastonbury Grail series but reads rather well on its own. Hardy includes enough back story in this one to be enjoyable but I have liked the series well so recommend the earlier books too.

You can read a sample chapter here.

You can read my review of the first book in the series, Glastonbury Tor, here and the second one, Honddu Vale, here.

LeAnne Hardy has a BA in philosophy (Indiana University) and an MA in library and information science (University of Minnesota, Minneapolis) and is the author of several novels for teens and adults. She grew up in the Midwest but has since lived in six countries. She and her husband now live in the family lake home in the Northwoods of Wisconsin. They have two married daughters and three grandchildren.