I thought I was familiar with the works of C. S. Lewis. I'd read all his fiction and a few of his popular nonfiction books, like Mere Christianity and The Problem of Pain. I now realize I was familiar with only a portion of Lewis's works. Lewis was a fellow at Oxford University and later Professor of Medieval and Renaissance English Literature at Cambridge University. He wrote a number of academic books, often bringing attention to neglected works of others he felt were of significance. He felt the knowledge gained from reading historical works was important and prevented what he called “chronological snobbery.”

Lewis's academic works are hard going and I wondered if they were worth pursuing. Neal and Root go through eight of the fifteen academic works Lewis wrote, highlighting major ideas. In An Experiment in Criticism, Lewis wrote about readers. He distinguished the few who totally immerse themselves in the literary experience. They need little detail because of a fertile imagination. On the other hand are the many. They require lots of action and are not changed by what they read. The concepts in the chapter on this book convinced me reading hard books is worthwhile. 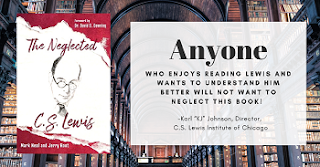 Here are some highlights from the other Lewis books reviewed in this one. Lewis gave an example of an academic dialogue without rancor in The Personal Heresy. Another chapter includes Lewis's thoughts on poetry as well as interesting comments on Bible translations. Yet another includes Lewis on imagination and its use in comprehending reality. The chapter on The Allegory of Love, reveals the development of passionate love. Yet another chapter deals with how language changes over time.

Lewis drew the attention of his contemporaries to important works he felt were valuable but being neglected. Neal and Root have done the same for Lewis here. Whether one ultimately decides to read these obscure works of Lewis or not, reading this book will help gain insight into Lewis's ideas that formed the basis for much of his works with which we are familiar, such as his fiction.

I like how these authors glean lessons out of Lewis' more obscure books. They assure us that Lewis's writing, though academic, still holds readers' interest because of his writing style and humor. Reading the academic works of Lewis will give us windows onto a greater world, the authors say. Our perspective will be broadened.

I recommend reading this book to get a greater understanding of the writings of Lewis. It might be hard going for the general lay person but it is worth the effort to understand Lewis better and be introduced to concepts in his academic works.

Mark Neal has lectured, taught and published internationally on Lewis for the last ten years. He is the co-author of The Surprising Imagination of C. S. Lewis. He works as the VP of a Chicago-area marketing firm. He is married with two children.
Jerry Root is a Professor at Wheaton College and visiting Professor at Biola University. He has a MDiv from Talbot Graduate School of Theology and a PhD through the Open University at the Oxford Center for Mission Studies. He has been studying C S Lewis for 50 years and teaching about him for 40 years. He has lectured on Lewis in various universities world wide.