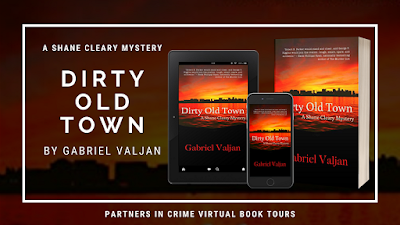 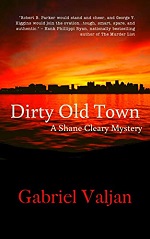 "Robert B. Parker would stand and cheer, and George V. Higgins would join the ovation. This is a terrific book--tough, smart, spare, and authentic. Gabriel Valjan is a true talent--impressive and skilled--providing knock-out prose, a fine-tuned sense of place and sleekly wry style."-- Hank Phillippi Ryan, nationally bestselling author of The Murder List

Shane Cleary, a PI in a city where the cops want him dead, is tough, honest and broke. When he's asked to look into a case of blackmail, the money is too good for him to refuse, even though the client is a snake and his wife is the woman who stomped on Shane's heart years before. When a fellow vet and Boston cop with a secret asks Shane to find a missing person, the paying gig and the favor for a friend lead Shane to an arsonist, mobsters, a shady sports agent, and Boston's deadliest hitman, the Barbarian. With both criminals and cops out to get him, the pressure is on for Shane to put all the pieces together before time runs out.

I enjoyed this PI novel set in 1975 Boston. Shane is the kind of PI in novels from decades ago. He's tough but has a subtle soft spot. He is diligent and persistent, even in the face of others wanting him gone. (He did testify against a bad cop in his short police career.) He's street savvy and knows interesting characters to help him in his work and make this short novel more interesting. I like the period references to music, television shows and unusual words used. This is a good novel for people who like the hard boiled PI novel in the style of Raymond Chandler.

Gabriel is the author of two series, Roma and Company Files, with Winter Goose Publishing. Dirty Old Town is the first in the Shane Cleary series for Level Best Books. His short stories have appeared online, in journals, and in several anthologies. He has been a finalist for the Fish Prize, shortlisted for the Bridport Prize, and received an Honorable Mention for the Nero Wolfe Black Orchid Novella Contest in 2018. You can find him on Twitter (@GValjan) and Instagram (gabrielvaljan). He lurks the hallways at crime fiction conferences, such as Bouchercon, Malice Domestic, and New England Crime Bake. Gabriel is a lifetime member of Sisters in Crime.

Visit these other great hosts on this tour for more great reviews, interviews, guest posts, and giveaways!
Click here to view the Dirty Old Town by Gabriel Valjan Participants.

I also enjoyed this book. I really liked the author's writing style.